The ARPM Lab contains detailed documentation for all scripts and functions found in the coding environments.

in any part of the ARPM Lab, such as in the Theory.

This documentation contains comprehensive details of the steps needed to implement all the scripts and functions, inclusive of pseudo-code algorithms. The purpose of using pseudo-code is twofold:

The Documentation strictly follows the notation and style of the Theory.

Names of scripts, functions, variables and other identifiers are coherent among all the channels of the ARPM Lab, including Theory, Documentation, pseudo-code and Code to facilitate the learning process.

The Documentation is heavily cross-referenced, and thus provides the bridge between the Code and the rest of the ARPM Lab. 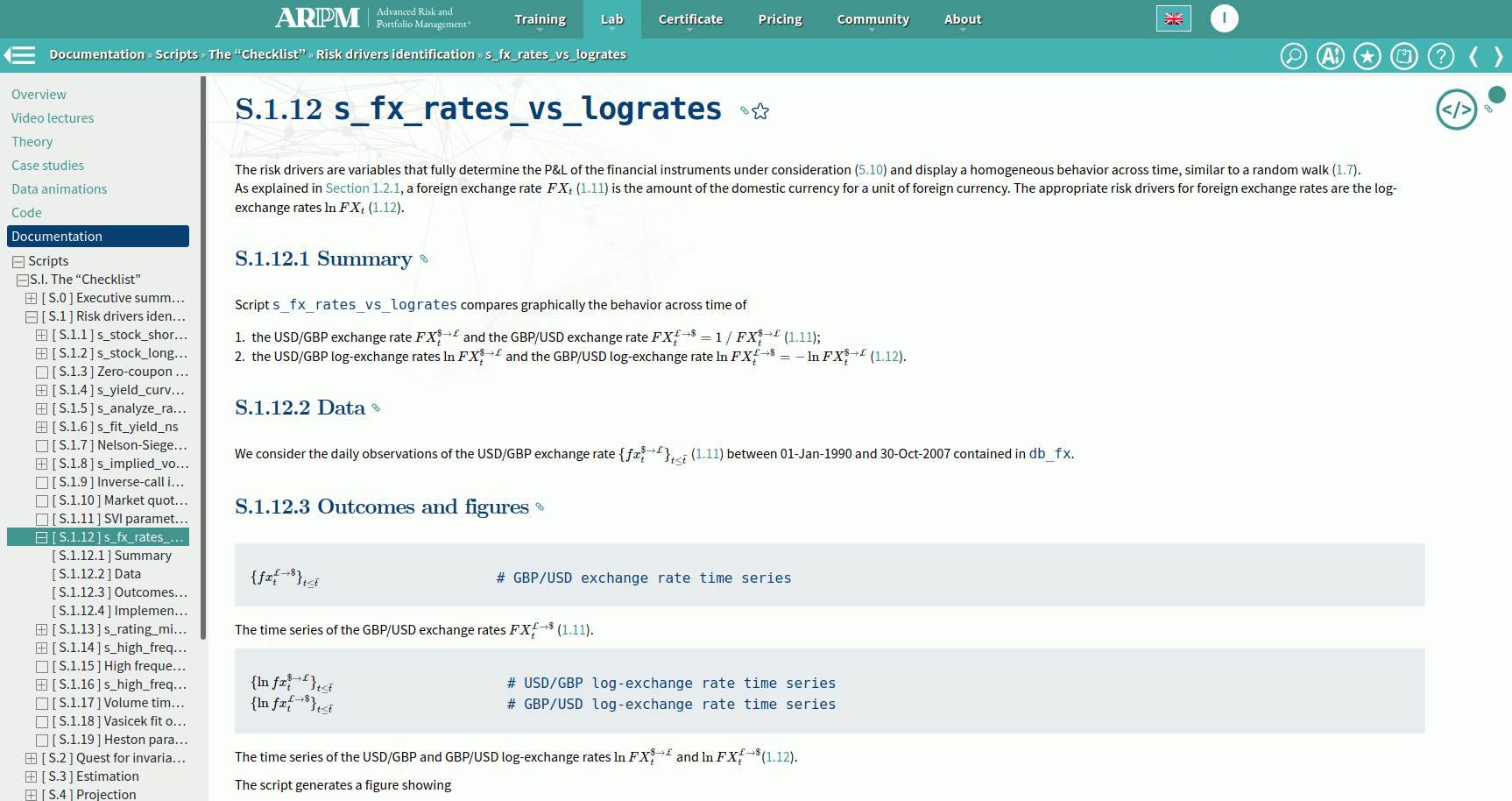